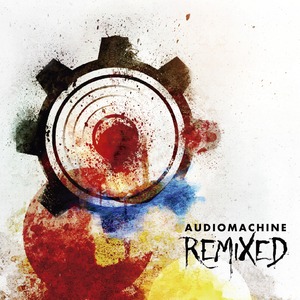 audiomachine is a boutique, motion picture advertising music production collective, specializing in original epic music and bone crunching sound design for theatrical trailers, television commercials and video game advertising campaigns. Since their official launch in August of 2005, they have had their music placed in countless feature film trailers and ...

can be heard daily on television, radio and the Internet.

audiomachine’s fans have dubbed the trailer music masters’ sound epic, and one listen confirms the description.

It’s music for vast and mysterious landscapes, for the trigger points of sprawling tales, for the eerie reaches of the soul. Pounding with percussive power, exploiting the full dynamics of huge orchestras with Orff-like glee, audiomachine’s tracks conjure entire dramatic worlds. Ensembles of musicians numbering in the hundreds join to serve one goal: deepening the emotional impact of moving images.

The little library for advertising music reached big audiences thanks to its work with major films, games, and products. A new, internet-driven fan following emerged, and at their insistence, audiomachine began releasing its signature music commercially.

Now, audiomachine has turned over some of their most popular pieces’ full tracks—every blast of brass and every drumbeat, every elegant crescendo from a large string section—to some of electronic music’s best-loved remixers on audiomachine: Remixed (CD Baby; November 11, 2014). Electronic heavyweights like Digweed, Photek, White Sea (M83’s Morgan Kibby), Cole Plante, and RAC turn sweeping soundtracks into distinctive driving glimpse of their own sonic worlds.

Listeners might recognize the originals. audiomachine tracks graced the trailers for Avatar (“Guardians at the Gate”), Hobbit: Desolation of Smaug (“Land of Shadows”), and Maleficent (“Four Horsemen”), among many others.

“In most cases, the marriage of music and picture played out exactly on-screen as it did in our imagination, when we first sat down to write the tracks,” says Paul Dinletir, audiomachine’s main composer. “Other times, we’ve seen how open, creative minds, unencumbered by typical trailer guidelines can interpret our music in totally unique and unexpected ways.”

“For this project, we wanted to harness that creativity in a new way,” adds audiomachine’s Carol Sovinski. “So we reached out to some of our favorite artists and gave them free rein to re-envision our music through their lens.” The diverse results reflect the breadth and depth of audiomachine’s work, and its epic ability to inspire.